What the f*ck meme coins? 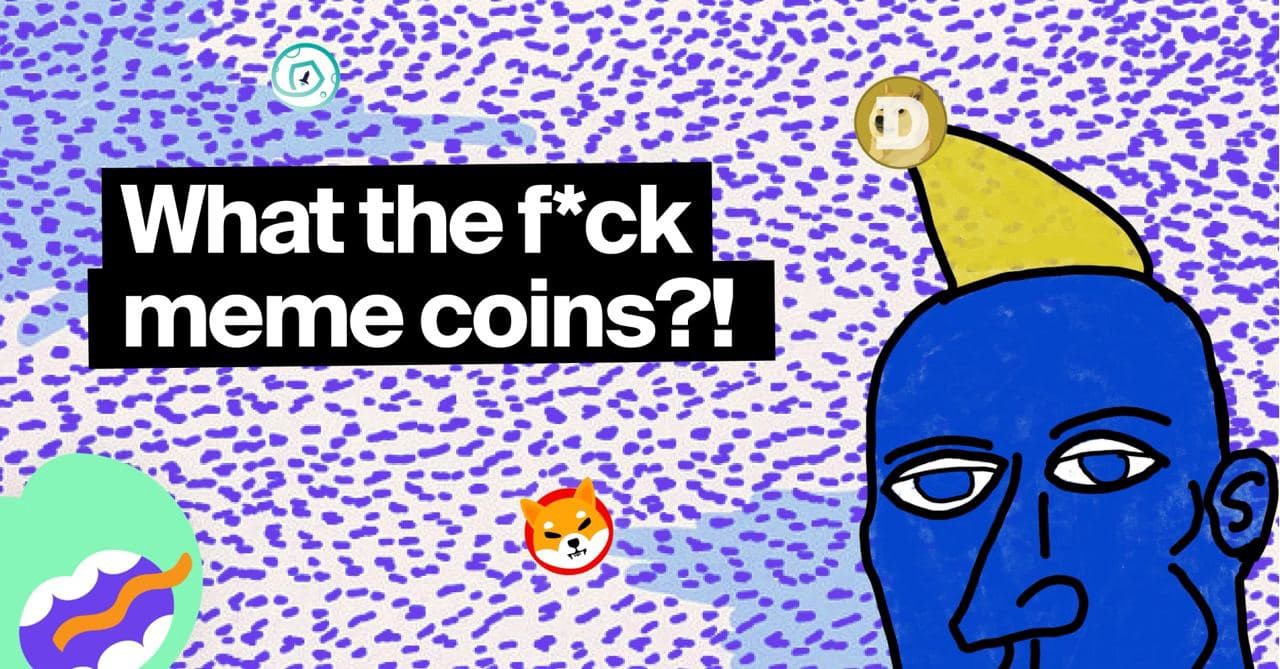 Before making this post, we decided to contact our brother Google and ask him what he knows about meme coins. Suddenly, it turned out that since 2016, articles that explain meme coins have been published almost every year. Or even every month. Or maybe more often. We are not Glassnode, we are not engaged in analytics.

So let’s continue this glorious tradition, and today we will tell you what meme coins are, why they are needed and how to eat them. Bon Appétit!

DogeCoin is considered the father of meme coins. It was one of the first cryptocurrencies to be backed up by … a meme. A meme with a dog! That is, if there are technologies, networks, DeFi behind the conventional Ethereum (no, we do not shill Buterin!), then there is absolutely nothing behind the meme coin. Meme coins were aimed at making fun of the financial market and just being poked. Well, how funny it turned out?

Projects like ElonDoge are trying to change the rules of the game. ElonDoge has a whole mission — to become the currency for settlements on travel to Mars. But more often, such missions are nothing more than another meme and parody.

Meme coins even have their own launchpad. The place where these meme coins will be launched, collect money, etc. It’s Memepad, please love and favor! By the way, ElonDoge is the first crypto that will run on it.

Why are meme coins so attractive?

Meme coins are very simple. They are as speculative as possible. Elon Musk tweets about Doge, it pumps. People buy, sell, make quick money. No research, technical analysis and other of your trader’s crap is needed. Bought, waited, sold. At least that’s what most meme coin investors think so, judging by the TikTok video.

But what are the pitfalls?

The fact is that there is nothing behind the meme coins. They can pump quickly, but dump even faster. For example, a Twitter user recently complained about Elon Musk. He invested in Doge, but it dumped, and now the unfortunate investor has nothing to pay for the rent.

Should you trade meme coins?

This question was answered perfectly by Dave Portnoy, who recently invested in the SafeMoon meme coin. Hell knows! Maybe yes, and you will make loot. Maybe not.

What is the conclusion?

If society sees cryptocurrency as a roulette wheel or a casino where you can make money fast, then meme coins are an exaggerated representation of this view. You shouldn’t blindly trust influencers, but if you want to try your luck and experience emotions, why not?

Although we would advise you to read Moni Talks more often and make informed decisions. After all, these are the scales where FOMO is on one, and your well-being is on the other. And more often the former outweighs the other. But is it worth it?

Also! The abundance of meme coins is like a jar of soap bubbles. It’s funny until the bubbles start to burst. Indeed, in a crypto space, as a rule, they burst right in the pants of traders … for the market dump in May 2021, one can partly thank the meme coins …

By the way, you can dive into our chat and suggest what guide we should release next!