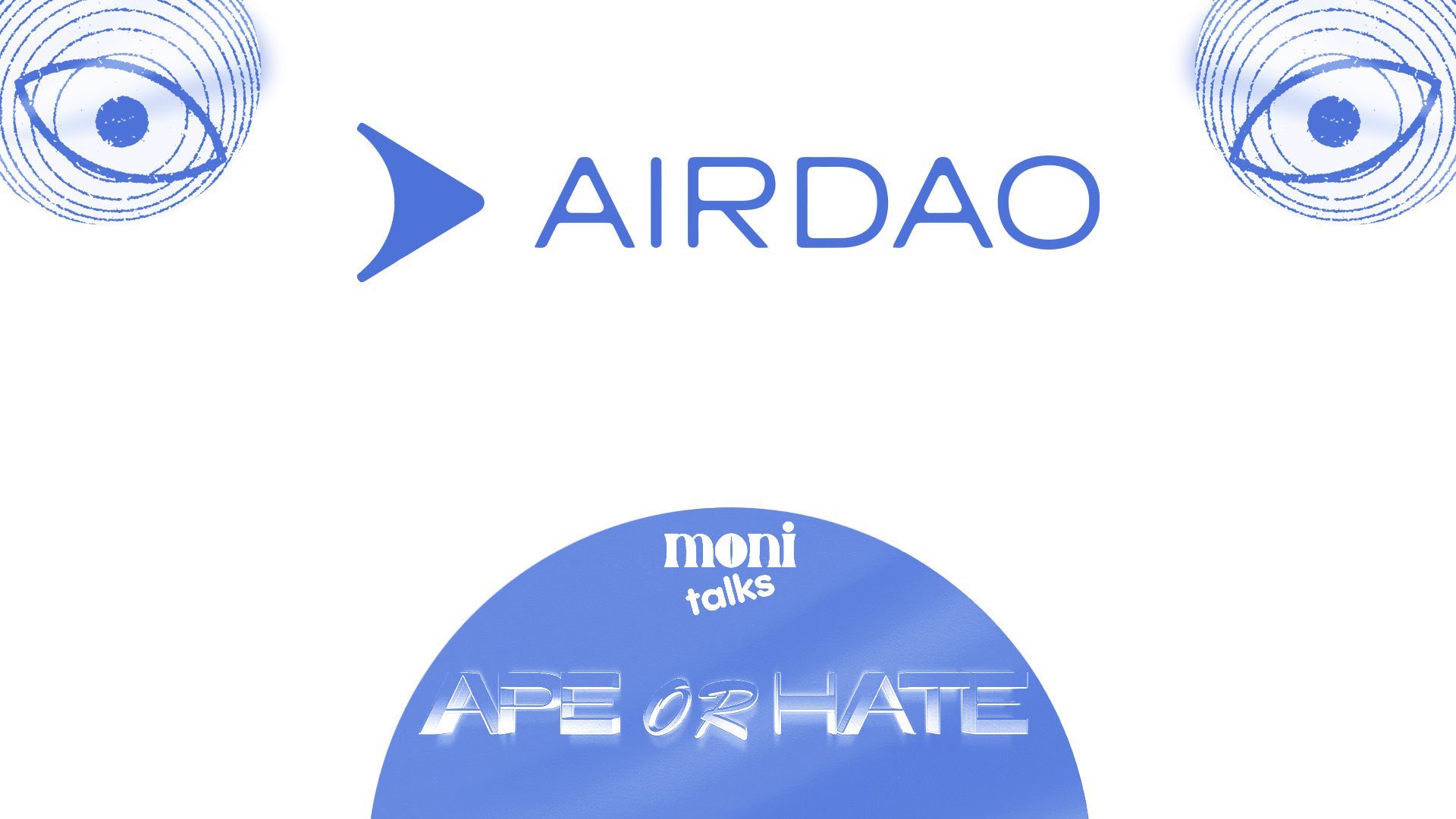 Have you ever wondered about your own DAO? Do you think it's complicated? How about a project with an entire ecosystem with L1 blockchain, bridge, wallet, stablecoins, and other cool stuff?

AirDAO, aka former Ambrosus Ecosystem, is closely connected with Binance (AMB token is already traded there). And what else is notable...hmmm...they've organized several promotions targeting AMB and even made a $200,000 OTC deal with Binace in June.

Now to the point. So! This kind of DAO will run the Ambrosus blockchain and its network of dApps and will run itself by the community. The project also focuses on creating products that will iron out the complexities of Web3 by giving its benefits to anyone through a single interface.

At its core, a DAO is a decentralized organization run by its members. This means that each member has a say in the organization's governance. However, AirDAO believes a successful DAO requires balancing hierarchy and democracy. And that's right, because you know yourself - democracy has many disadvantages, just like hierarchy.

Why don't we mix it all up?

AirDAO has three main components of its governance system: the Council, the Oversight Committee and the Community.

The Council is a group of teams that come together to create value for the organization. It typically includes an inventor, architect, head of security, designer, and diplomat who will work together.

The Oversight Committee is a division of the AirDAO structure where its citizens, so to speak, can be adequately represented. These committees will also have some control over the Council so that board members do not have too much power in the organization. They will ensure that the Council moves forward and is responsible for funding.

Like the Council, committees will have keys to multi-signatures, which can perform transactions such as revoking the board's keys, for example. So, again, if a majority of the supervisory committee agrees that the board is not doing a good job, they would have the right to replace the entire board.

The primary responsibilities of the community are:

– Proposing amendments that can make AirDAO an even more successful organization

– Participating in the organization by becoming a validator, builder, user investor, or proposer, such as

– Voting for members of the Oversight Committee

The platform will launch on September 15. That is today! Right on the day of the merge...:D

The official website and the first DEX on AMB-NET, FirepotSwap, will start functioning. Next, the team will continue to saw and implement their product suite: AMB wallet, stablecoin solution, and DAO tools that allow new AirDAO partners to launch their subDAOs using multi-signature multilevel technology.