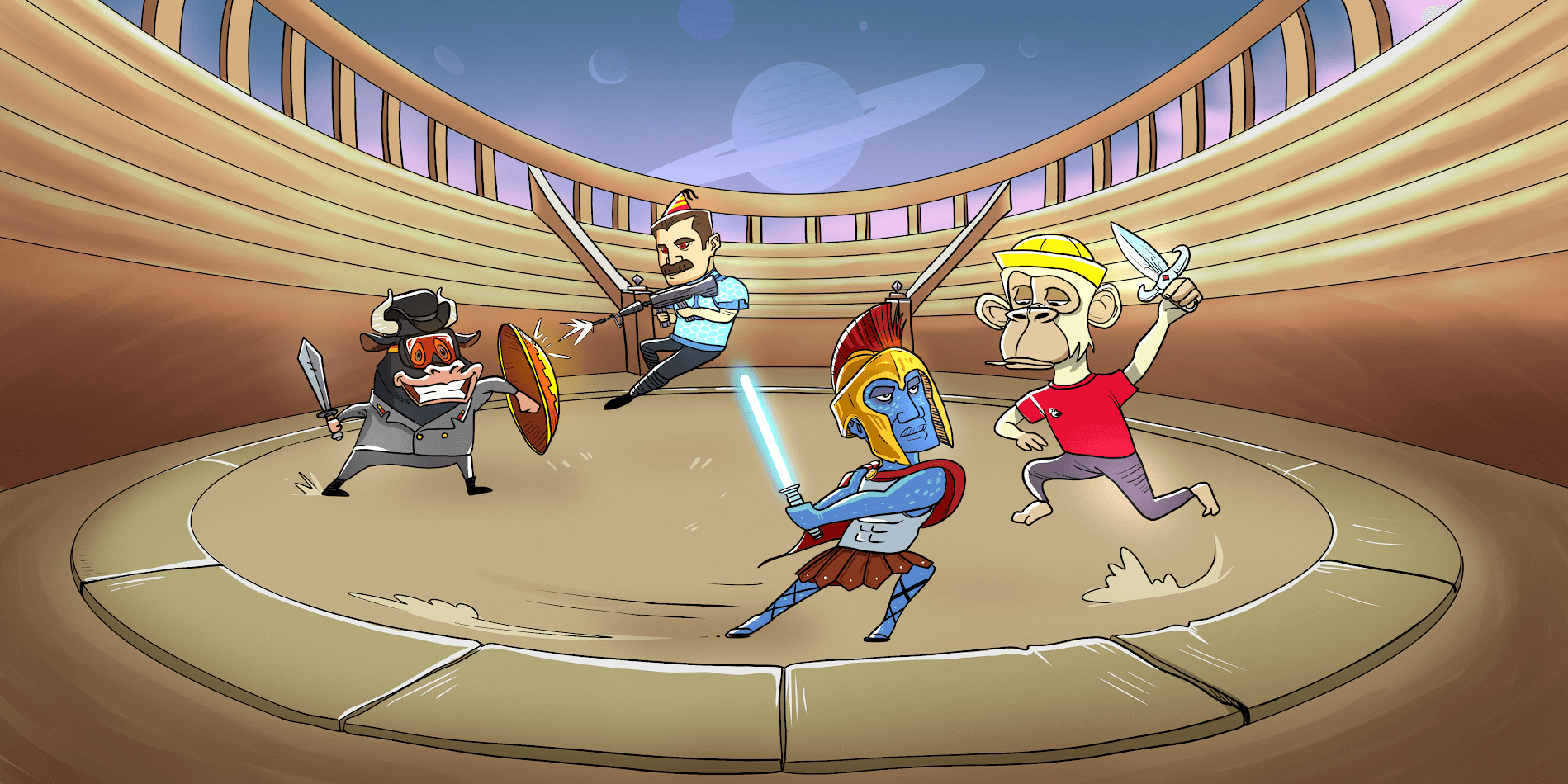 Galaxy Fight Club (GFC) is a real-time PvP game on the Polygon blockchain that brings together all the other different NFT collections on one platform, which means you can participate using your own pictures in your portfolio, cool!

Galaxy Fight Club decided to do the same thing as Super Smash Bros, only using not Pikachu fighting Mario, but our iconic NFT blue chips like Bulls on the Block fighting Ape from BAYC or Cool Cat fighting with Cryptopunk.

But in order to participate in the main game modes, you must have at least one Galaxy Fighter, which is part of the original GFC collection on the air grid, that is, having 1 fighter is the access key for early participation in the project.

When is GALAXY FIGHT CLUB coming out?

Galaxy Fight Club is currently in alpha testing, the team is testing the game's combat system, as well as the balance between different fighters and weapons, and so the plans are:

Tell me how to make money in this wonderful P2E?

Galaxy – The project will use its $GCOIN token system, which can be bought and sold for other cryptocurrencies like $ETH on public exchanges like Uniswap.

Here are some ways to make money in Galaxy Fight Club >>>

1. Staking - Galaxy Fighters owners will be able to passively earn from 5 to 15 $GCOIN.

2. PVP - you can win $GCOIN and weapons. Winning in 1v1 will earn you the Nth amount of $GCOIN and loot. Loot can also be traded as a unique NFT on Opensea.

3.Team Tournaments - You will be able to loot $ETH in team tournaments, most likely if you are at the top of the list.


Dive into the chat to discuss this review!